Home
\
ZenCash news
\
Answers to Your Questions about stZEN

This article was first published on Horizen
----- 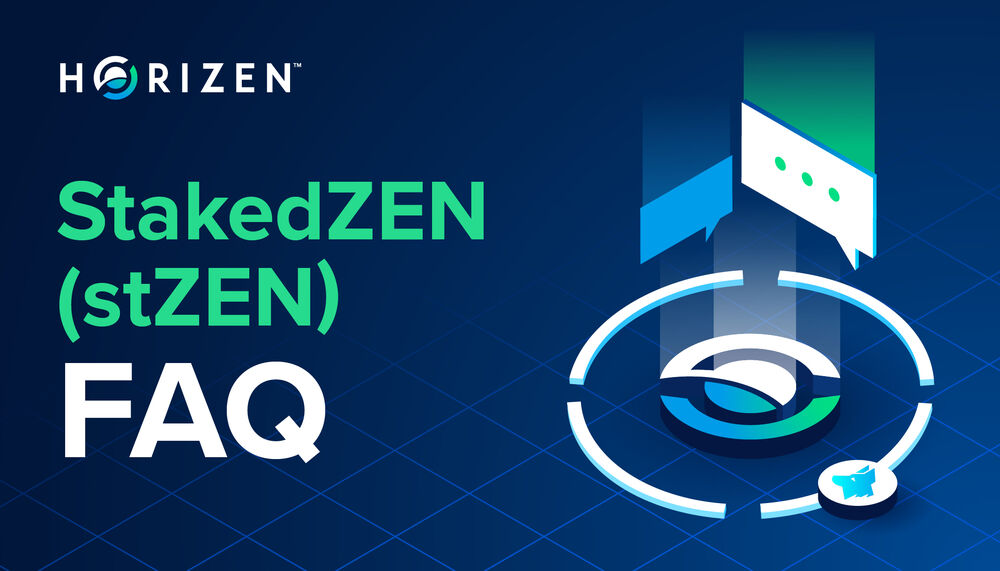 Horizen and StakeHound recently partnered together to build a new DeFi bridge for ZEN. Through this partnership, a new ERC-20 token called StakeZEN,or stZEN will be issued. By using stZEN, ZEN holders will be able to participate in the Ethereum-based DeFi ecosystem AND earn Horizen node rewards at the same time!

Here are the answers to the most frequently asked questions we received from the community:

Q What’s the difference between ZEN and stZEN?

ZEN is the native cryptocurrency of the Horizen blockchain. StakedZEN (stZEN) is an ERC20 token issued by StakeHound as a 1-to-1 representation of ZEN staked with StakeHound.

Q What are the benefits of stZEN?

stZEN will allow you to participate in the Ethereum ecosystem while earning Horizen node rewards at the same time.

You will be able to buy stZEN on SushiSwap, a decentralized exchange. The stZEN Ethereum contract address will be published on https://www.horizen.io/stzen/. Meanwhile, you can try stZEN on testnet. As an alternative, you can also swap ZEN for stZEN directly with StakeHound, subject to KYC/AML procedures. QWhat if Sushiswap does not have enough stZEN for large buyers?

-----
To keep reading, please go to the original article at:
Horizen