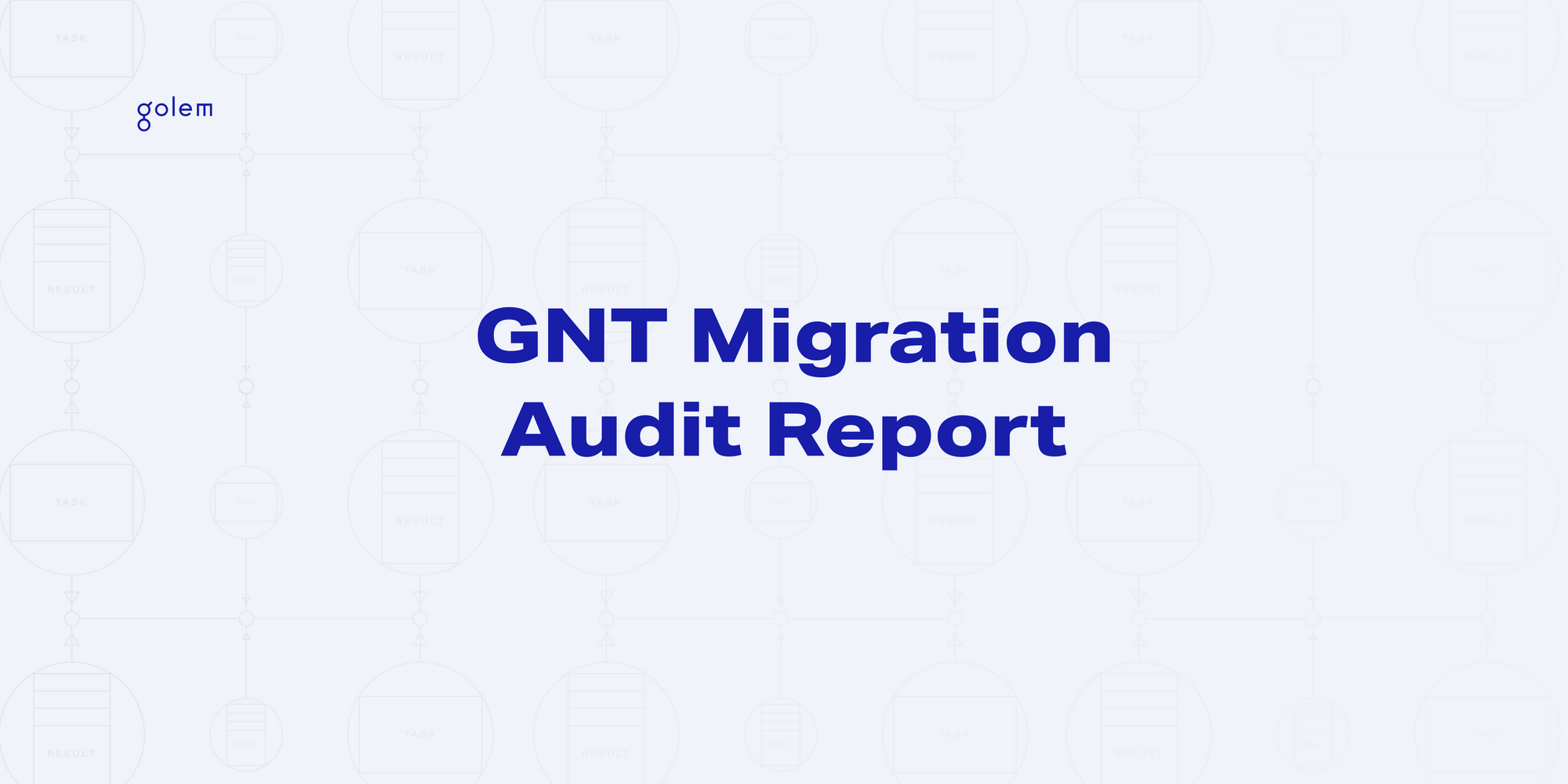 In order to ensure that our upcoming migration complies with the best security practices, Golem Factory has conducted three separate audit processes:

It is worth noting that the third contract involved in this migration (the original GNT contract) has been audited before:

None of the audits and tests revealed any serious security issues that could impact the users migrating from the GNT token to the new token, GLM or to the users of the new token (GLM) later on.

None of the reported issues - either singularly or in combination - were deemed sufficient to request the update of the smart contracts or of the migration app’s code and restart the audit process.

Note: Whenever the Golem MultiSig account is mentioned in the document, it’s referring to the Ethereum contract that is controlled by the individuals responsible for the original Golem Factory crowdfunding effort, which at the same time holds governance over the original GNT token. The Ethereum address of the contract is: 0x7da82c7ab4771ff031b66538d2fb9b0b047f6cf9.

Following are the details discussed in each audit.

The following issues were identified by the audit conducted by the Trail of Bits:

Permit is likely to be the target of phishing campaigns