Home
\
Golem news
\
Golem GitHub Digest #12: We are on MAINNET and gathering feedback 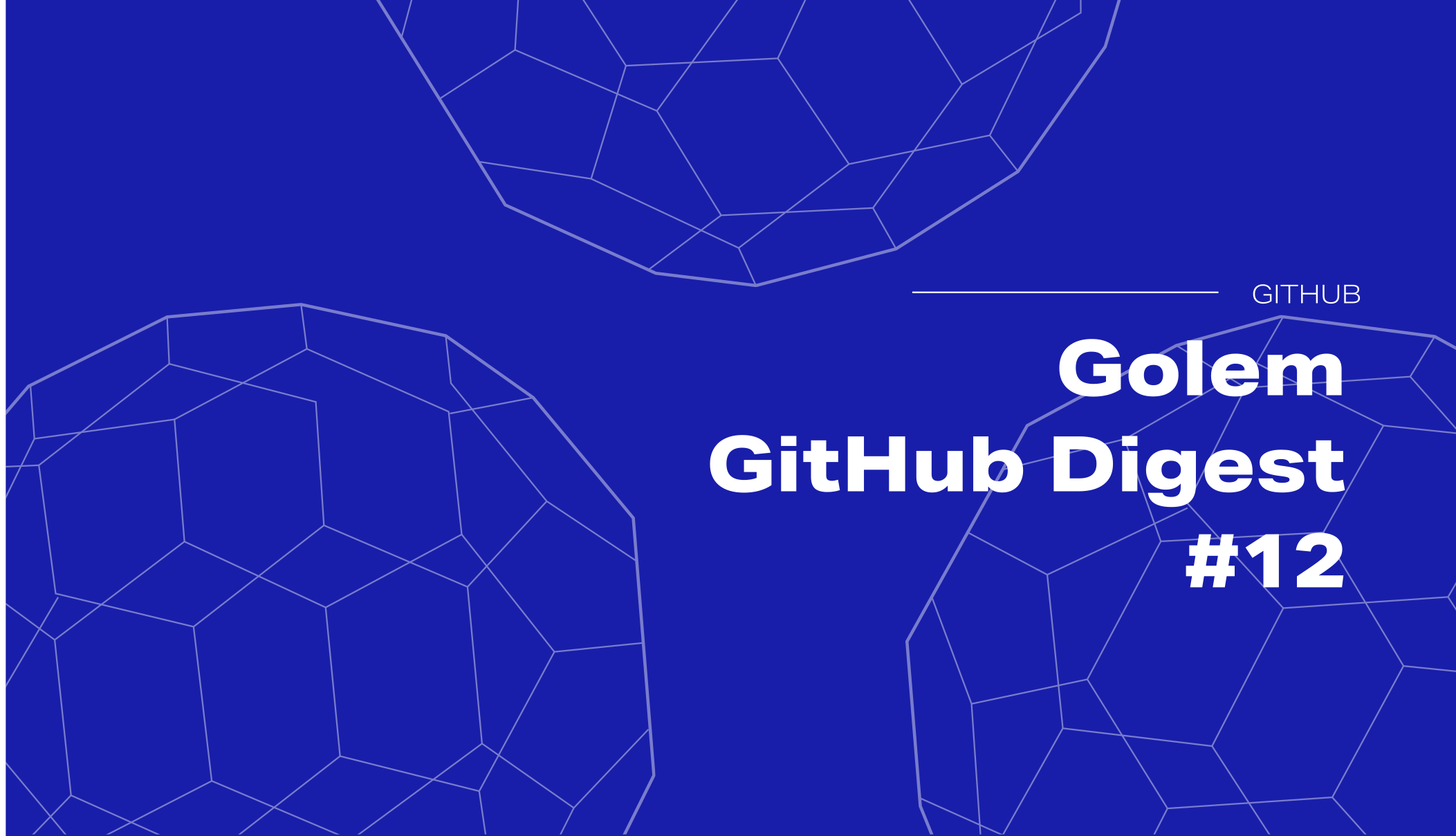 Following the official Golem Mainnet Release, the patch addressing some of the most important issues encountered by the community has just come out. With the ongoing hackathon (until April 21st) with 30k USDC in prize we want to dive into what’s been going on around development.

What’s in store for this Digest?

There’s been a lot of changes to the GitHub, the project and the community since the release first came out. We had an initial patch release that most of the community (over 90%!) noticed and now we have the official patch announcement.

The 2nd patch release contains a single performance improvement, to increase the number of Providers, that can work for a single Requestor at the same time. The continuation of CHEM@Golem has actually been ported to the new network and is running.

For those of you who might have looked at the statistics from the bot in the Discord, you might have noticed that it’s rare there will be more than 30 providers computing at any given time, while the new network actually regularly has more than 110 provider nodes.

So we hope that this improvement will make it so a singular requestor can utilize a larger portion of the network at any given time.

If you have any questions about the research project then feel free to ask Marcin (mbenke) in the Discord. The main thing that we can’t give up too much information on is who’s involved in the project (we will be releasing more information on the topic in the future), other than that we’re happy to answer any questions.

We hosted a workshop for developers to explain how to get started and create your first application on Golem. You can view the recording here.

So, what’s in the Golem GitHub?