What’s in store for this Digest? 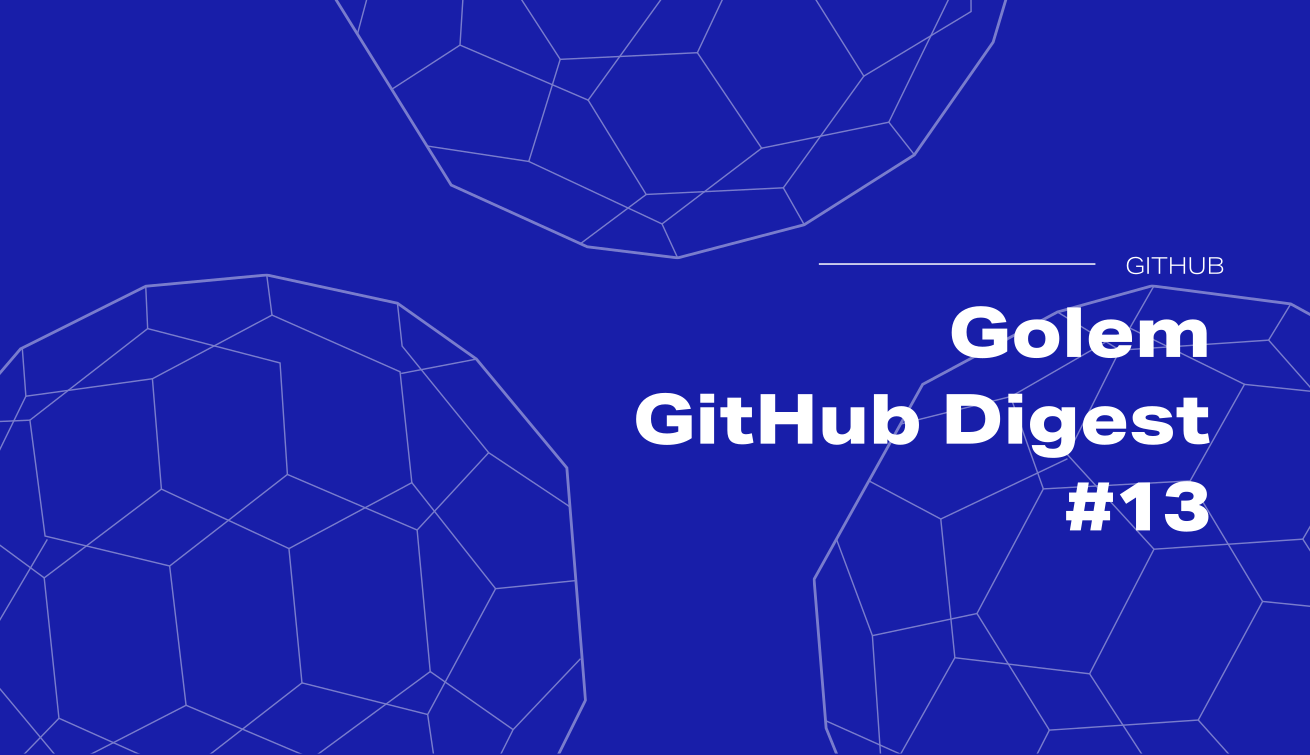 Since the previous GitHub Digest (#12) we’ve been working hard on the next release and we hope to share more details about that with the Golem community in this GitHub Digest.

What’s been highest on our mind is that we had some unexpected payment issues encountered by our community in the initial patch release to the Beta 1 (v0.6.3) which meant that we needed to dive in and determine the cause of the issue. We’re also looking towards prioritizing new features we need to focus on for future major releases.

In parallel, we’ve been supporting Golem SLATE and ChessOnGolem on their road to porting their applications to be able to run on mainnet.

So, what’s in the Golem GitHub?

There's been thorough investigation into payment issues and, while there's a hotfix, a more permanent fix would almost certainly require a version that's not backwards compatible with the current version. Release candidate 2 (rc2) contained a hotfix for some of the payment issues.  A number of release candidates have been created since the patch release (0.6.3) with Release Candidate 5 being the latest.

The next release contains an update to the Golem Service Bus (GSB) to v0.4.4. The GSB is a message bus allowing Yagna services to communicate with one another. It consists of two software components: router (ya-sb-router) and client crate (ya-service-bus). The latest update of the GSB contains a number of improvements that handle reconnecting after network outages, making Yagna overall less sensitive to network related issues. This probably has the most benefit to helping providers, helping them stay more consistent online over a long period of time.

A handy feature for requestors that wasn’t created so far is an easy CLI command ...