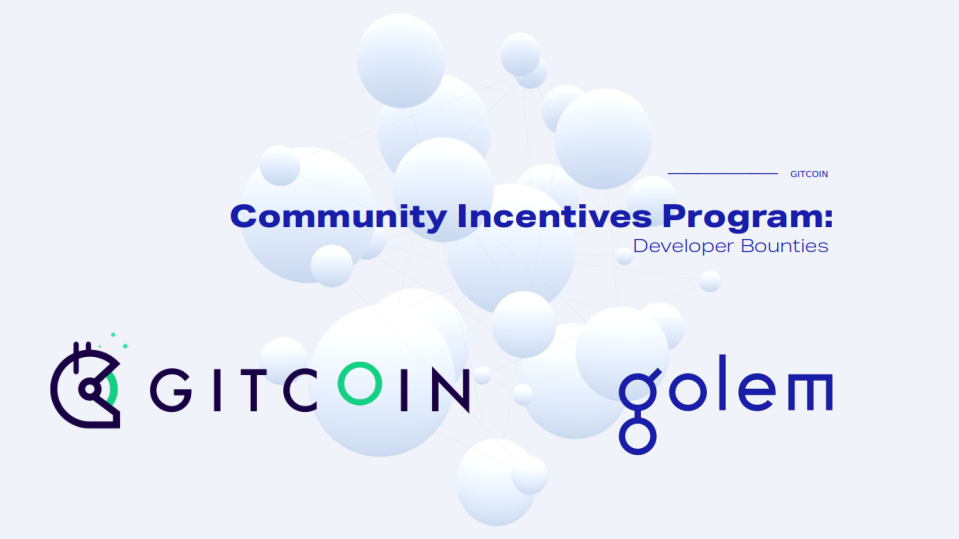 Last week we revealed our public alpha of The Next Milestone for New Golem. In combination with this, we announced the first developer bounties to be available on the Gitcoin platform where, in order to fulfil the bounty, testers were required to record the process of running the flash tutorial and fill out a feedback form.

This follows a previous effort on incentivized surveys via our regular CIP - which resulted in 10+ extensive developer interviews in order to shape our products to their needs.

Back to the first Gitcoin action: we were extremely happy with the responses and feedback we received from developers on the platform!

The purpose of this action was not only to help us gather feedback, it was also to help us gather suitable candidates for future testing and most importantly, developers that can build apps atop the protocol, which will be vital to the success and progress of New Golem.

But this doesn’t end here - rather we’re just getting started. The extremely positive experience with the Gitcoin team, who were very accommodating in helping us make this first set of bounties a success, allowed us to go further with the collaboration.

We will be creating more actions for every New Golem release, in order to continue building the Gitcoin + Golem community. These actions will range from onboarding bounties, feedback rounds and interviews, and finally, hackathons, the first planned to celebrate the future MVP launch.

From over 30 submissions, there were several that stood out and we will be following up on, but we’d love to share with you now the work of user nestorbonilla. For anyone looking to try out the latest release we also have our own video where we guide you through the first steps of testing out the alpha with ...